It's been a ridiculous task I have taken on, but it's been delicious and partly fun.  For the past month, I've been learning the craft of jamming and canning.   I've so far made 4 jams and 1 marmalade.  I've canned them all, and most have been with organic fruit.  It's mostly been from friends, lucky finds, and super sales.  I even went to the extend of an impulse by of Blue Chair Jam  cookbook. 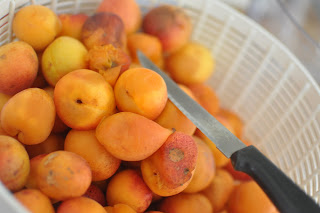 Some friends had excess apricots on their trees, so it was a perfect excuse to make apricot-lemon jam. 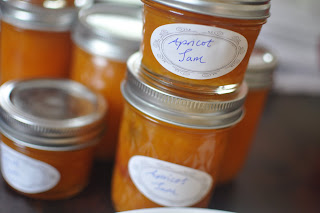 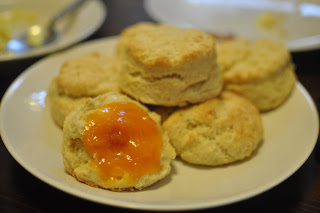 Spreading it on homemade biscuits for breakfast was perfect. 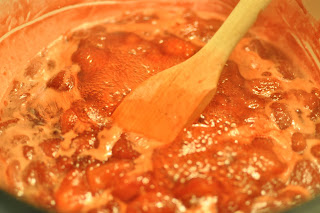 I also made a second batch of strawberry jam infused with blood orange liqueur. 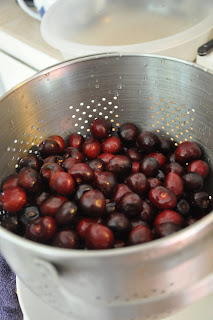 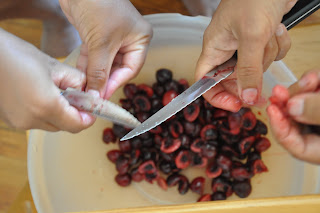 My mom helping me pit and half the cherries from the farmer's market. 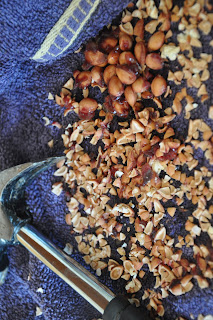 The recipe called to crack open the pits and put the small kernels in a cheese cloth to steep and release it's almond like flavor. 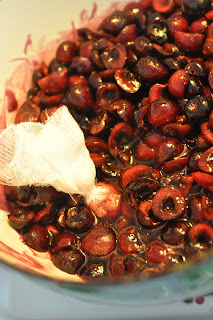 It turned out more like a topping than a true jam (I didn't cook it long enough), but with the addition of Kirsh (a cherry brandy with a hefty price tag), it made it the best of all the jams so far especially with french vanilla ice cream (based on how quickly it disappeared around here). 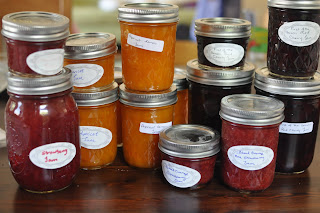 The jams so far (2 kids of strawberry, apricot, and cherry). 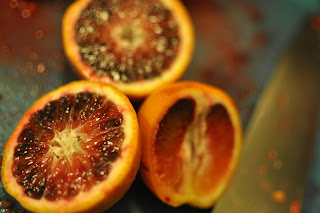 We also got some amazing blood oranges from my kids pediatrician's office.  So, we made marmalade with it, and it turned out delicious, but not so beautiful.
I've also gone crazy with the "let's make it at home" notion and started making my own yogurt after a wonderful discussion on Facebook, and after a few friends urged me to try it saying it was so easy.  Well it is, but it is time consuming and possibly not as cost effective (when considering organic milk), but it is less polluting since we're not buying a container of yogurt every 10 days.  I bought some really cute glass containers from Crate and Barrel and these will do for our flavored individual ones I buy on a blue moon. 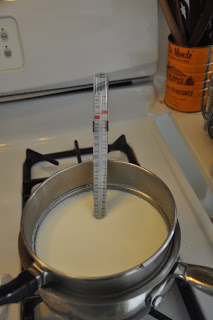 The process of yogurt I did was a combination of stove top and then placing it in a container on a heating pad and then refrigerating it. 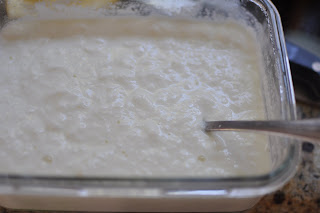 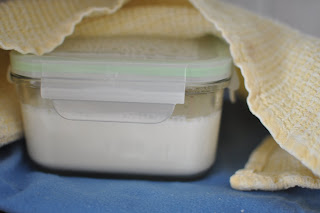 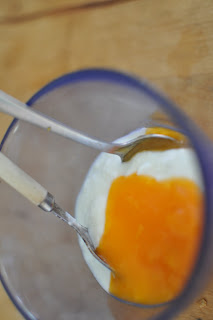 It was pretty good with some of the apricot jam.
In addition, we've been making pizza dough at home since it's a breeze.  I'm also looking forward to making more pasta and ravioli soon, especially with all the produce growing in the garden.  Can't wait for the tomatoes! 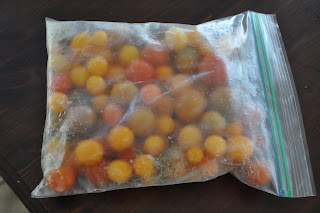 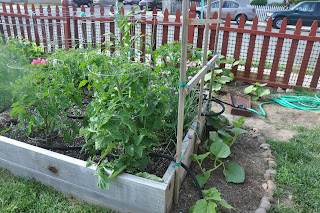 These pictures were from two weeks ago, and it's amazing how much they have grown when I went out this morning.  In the beds are the tomatoes, and out are 3 varieties of cucumbers. 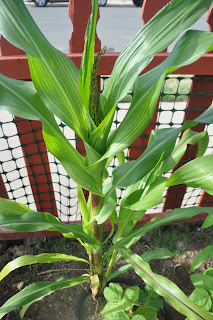 The purple Inca corn, which is double this height today. 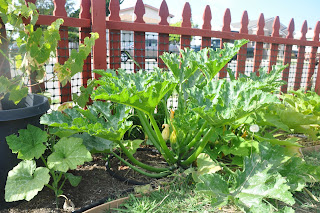 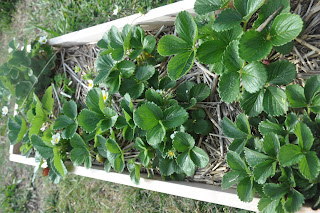 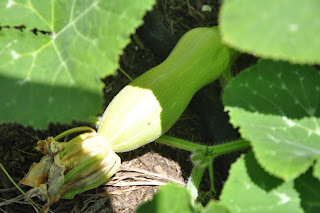 The Long of Naples Squash that is supposed to produce 25 pound squash.  I didn't estimate for this when planting. 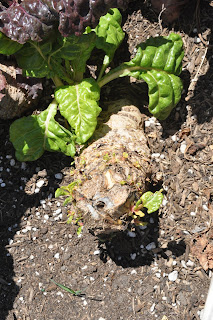 Over a year old Swiss chard that I trimmed back to the stem and is once again producing a heavy crop.
Posted by Unknown at 9:10 AM No comments:

I'm an AMI Primary teacher who stayed at home with my two girls for 6 years. While at home I taught myself to sew, garden, cook more, live better, get in touch with nature, and enjoy my time with my kids. I'm now back at work, going to school with my girls and teacher in a Primary class. It's not easy, and I miss my time at home with my girls, but also find my work rewarding and challenging. This blog started when I was home, and is now slowly evolving to the struggle of balancing home and work and how to still maintain a life I want for my family.

Hope you enjoy our varied posts!

Come check us out on Facebook to see latest photos, garden updates, cooking photos, Montessori tips, natural parenting and living articles, recommended books, and much, much more. "Like" to get updates, and check back to stay in touch. All blog post will be linked to FB.